Enjin: A Utility Token for NFTs in the Metaverse Index 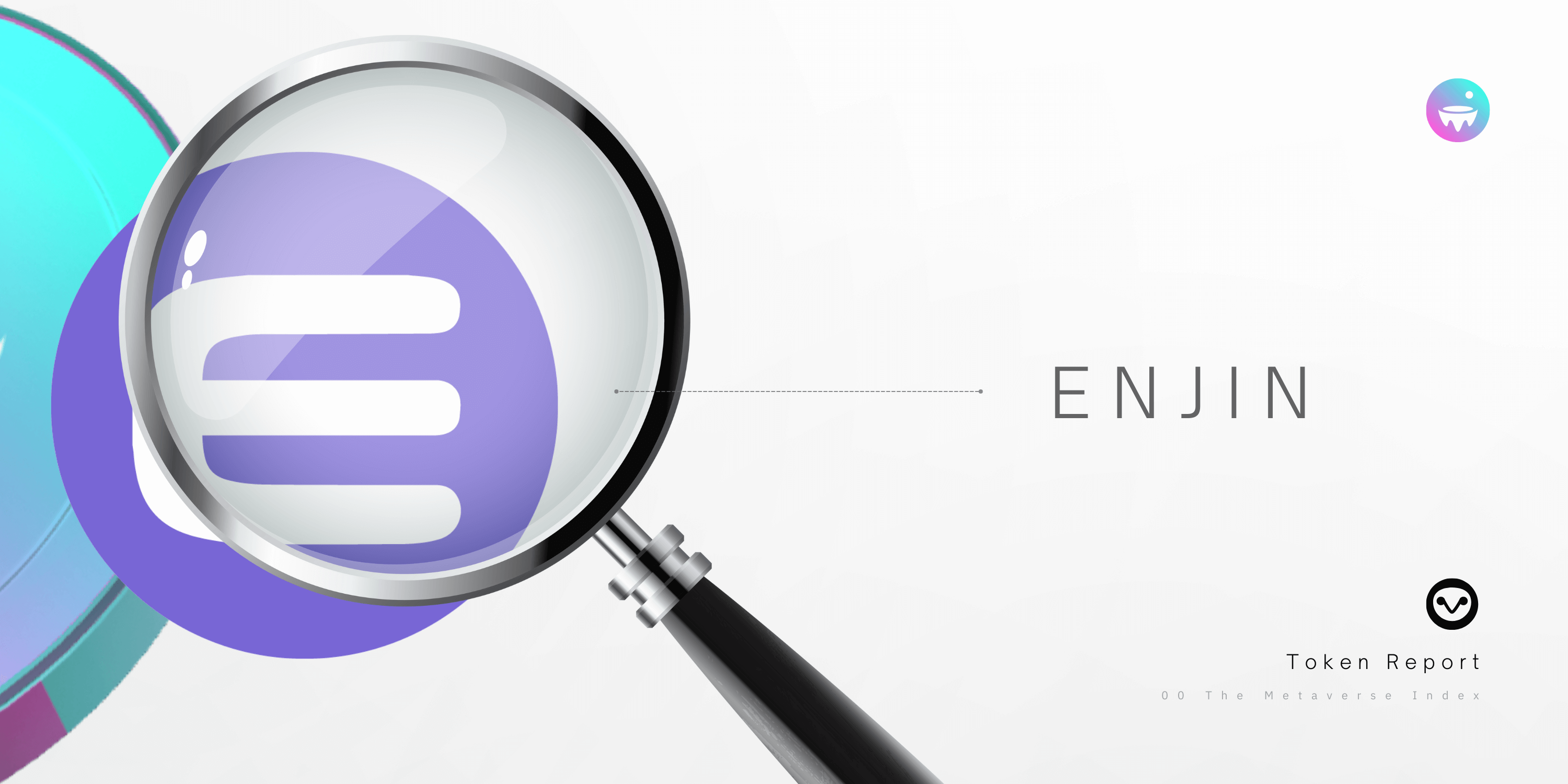 What is the ENJIN Token (ENJ) Enjin Token (ENJ) is an ERC-1155 token secured on the Ethereum blockchain. It is the Enjin Network’s governance and utility token, and its underlying technology powers an ecosystem used for NFTs, gaming, and other distributed applications.

As the Enjin Network’s governance and utility token, ENJIN and its underlying technology powers an ecosystem used for NFTs, gaming, and other distributed applications. The token is used for minting of in-game assets. The minting process can also be easily reversed to “melt” assets back into the Enjin token. Because the Enjin token has real-world value, the in-game items also carry real value when they are melted back. As a digital asset, the Enjin token has specific use cases for games, NFTs, and other assets and applications on its platform. For example items listed for sale in the Enjin marketplace are usable in games like Lost Relics and Spirit Clash. However, to transfer the items to other players in these games, the user has to purchase ENJIN in order to process the transaction. In this article we take a closer look at ENJIN, one of several protocols and tokens currently held within the Index Coop’s Metaverse Index.

Who created the ENJIN Token?

The Enjin token was created by the Enjin Network.  The company was co-founded by Maxim Blagov and Witek Radomski in 2009. In 2017 the company launched its initial coin offering (ICO), and raised about $18.9 million by selling Enjin tokens. The Enjin team went on to launch the platform's mainnet in 2018.

Why is the ENJIN Token included in the Metaverse Index (MVI)?

The inclusion of the Enjin token in the MVI is the result of the team’s careful analysis of the token’s utility and the crucial role that the token plays in the Metaverse. By developing Enjin as an ERC-1155 token, the protocol developers took advantage of the ERC-1155’s unique properties that allow for a single smart contract to govern an infinite number of tokens. If it was an ERC20 token a developer would need to deploy a new smart contract for each token they wished to launch, this would be a difficult task for any protocol.The token also enables the creation of deterministic events, meaning a player sending a certain token into an address can trigger a chain of events.

The ENJ Token’s smart contract has also been audited by the Callisto Network Security Department.

How can ENJIN Tokens be used?

There is a total supply of 1 billion Enjin Coins (ENJ) with just over 762 million currently in circulation. The development team distributed 80% of Enjin tokens to presale participants. When users create custom assets, the corresponding value in Enjin tokens is removed from the ecosystem, decreasing the circulating supply. This increases the value of individual Enjin tokens. According to their website, there are currently just over 7 million Enjin tokens locked up in items.

A protocol is only as strong as its community and the Enjin Network’s community is building traction for the Enjin token. The Enjin network has a bustling community with 20,889,179 individuals in its official forum. The Enjin platform now has over 95,000 registered users. Over 830,000 items have been traded on the Enjin Marketplace since 2017. The Enjin Wallet and crypto/NFT app has also been downloaded over 2.3 million times. The Enjin network also has 63,901 members on its Telegram channel.

How can I buy Enjin?

You can gain exposure to the Enjin Network and other leading entertainment, gaming, virtual economy and NFT projects by buying MVI which includes Enjin tokens.  You can buy MVI directly from the Index Coop by connecting your wallet to the Index Coop app.

If you’re looking to exchange a fiat currency, like the U.S. dollar, directly for MVI, then you’ll want an Ethereum wallet like Argent, Metamask, or Rainbow. With each of these wallets, you can connect to your bank account or debit card, which allows you to exchange fiat currencies directly for Index Coop products like MVI. 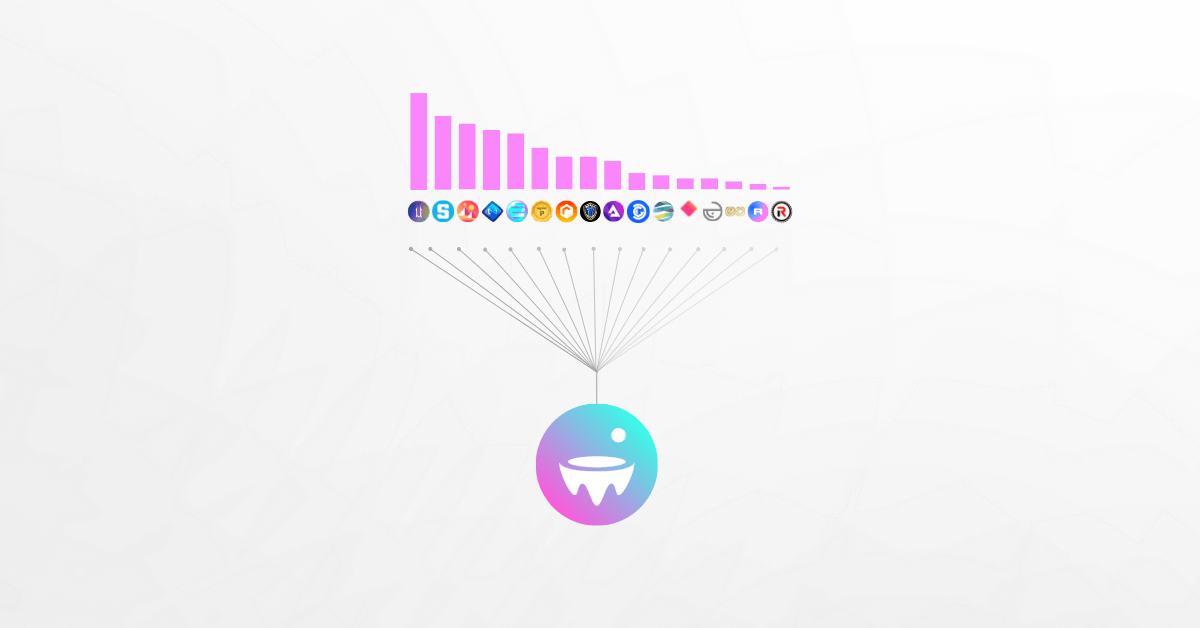 The Metaverse Index (MVI) is a digital asset that currently tracks the performance of non-fungible tokens, entertainment, virtual reality, augmented reality and music assets across Ethereum. It combines the features of an ERC-20 token and a traditional structured product to capture the trend of entertainment, social activity and business moving to take place in virtual economies, powered by NFTs and blockchain technology. MVI uses a combination of root market cap and liquidity weighting based on the value of each token’s circulating supply and aims to track projects that have significant usage and show a commitment to ongoing maintenance and development.

Index Coop is a decentralized autonomous organization (DAO) that powers structured decentralized finance (DeFi) products and strategy tokens using smart contracts on the blockchain. We offer a suite of sector structured products, leverage and inverse products, and yield-generating products. We aim to create products that are simple to use, accessible to everyone and secure. Our products are built on Set Protocol, a twice-audited, self-custodial DeFi tool that allows for the creation and management of Ethereum-based (or ERC-20) tokens. Among users, partner protocols, and our composable products, Index Coop maintains one of the largest partnership networks in the DeFi ecosystem.

How to buy Index Coop products with fiat currencies:

You can also earn or buy MVI tokens directly via your favorite decentralized exchange.

Disclaimer: This content is for informational purposes only and is not legal, tax, investment, financial, or other advice. You should not take, or refrain from taking, any action based on any information contained herein, or any other information that we make available at any time, including blog posts, data, articles, links to third-party content, discord content, news feeds, tutorials, tweets, and videos. Before you make any financial, legal, technical, or other decisions, you should seek independent professional advice from a licensed and qualified individual in the area for which such advice would be appropriate. This information is not intended to be comprehensive or address all aspects of Index or its products. There is additional documentation on Index’s website about the functioning of Index Coop, and its ecosystem and community.

You Are Currently Running Enjin: A Utility Token for NFTs in the Metaverse Index In Content Preview Mode!